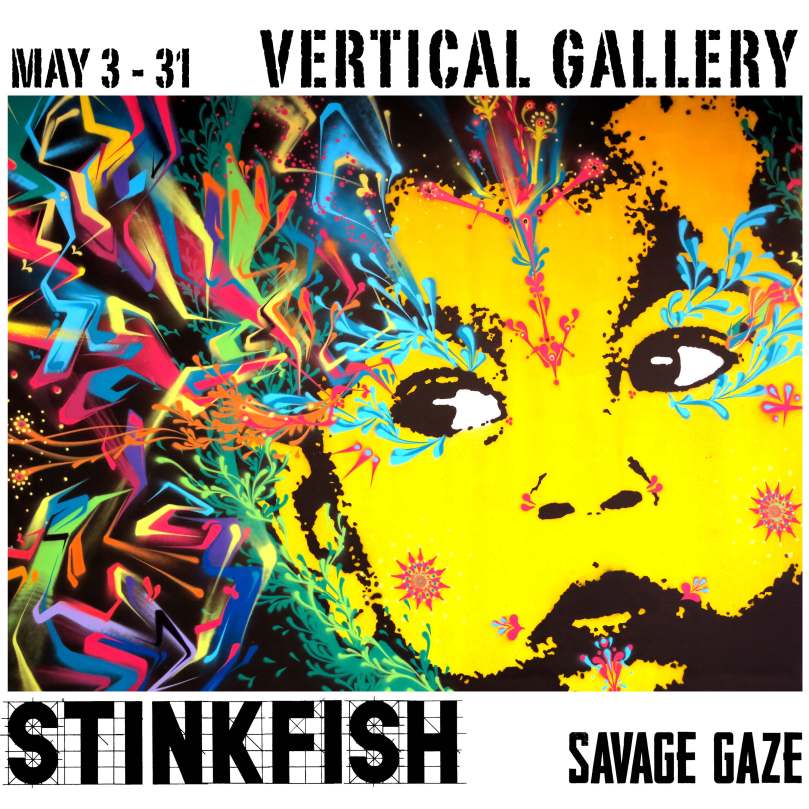 Vertical Gallery is proud to present one of the world’s best-known and prolific street artists Stinkfish with his debut exhibition in Chicago – Savage Gaze. Known for his portrait murals that are always bursting with color, his transposition of photo to mural enhances the fleeting glimpse of human nature he has captured, leaving the final interpretation up to the public. For Savage Gaze, Stinkfish brings his work from the streets into the gallery by creating large works and beautifully intricate line drawings on found objects. The gallery will also be releasing a limited edition screen print available opening night. The exhibition is May 3 – 31, 2014, with an opening reception on Saturday, May 3, 6 – 10pm.

Born in Mexico, but raised in Colombia, Stinkfish has been honing his skills on the streets of his hometown of Bogota since an early age. He first experimented with stencils in 2003 and has since perfected his own, unique style. His murals always have a stenciled portrait at their center. These portraits are taken from photos that the artist shoots during his travels around the world. They are faces that catch his eye, but not people he approaches and talks to. Another source is found photographs; either discovered lying on the streets or bought at flea markets. He fashions large format stencils based on these photographs, which on the street are then amended by impromptu, colorful halos.